[Verse 1]
I've created a monster, 'cause nobody wants to
see Marshall no more they want Shady I'm chopped liver
well if you want Shady, this is what I'll give ya
a little bit of weed mixed with some hard liquor
some vodka that'll jumpstart my heart quicker than a
shock when I get shocked at the hospital by the doctor when I'm not cooperating
when I'm rocking the table while he's operating (hey!)
you waited this long now stop debating 'cause I'm back,
I'm on the rag and ovulating
I know that you got a job Ms. Cheney but your husband's heart problem's complicating
So the FCC won't let me be or let me be me so let me see
they tried to shut me down on MTV but it feels so empty without me
So come on dip, bum on your lips fuck that,
cum on your lips and some on your tits and get ready 'cause this shit's about to get heavy
I just settled all my lawsuits
FUCK YOU, DEBBIE!

[Chorus 2x:]
Now this looks like a job for me so everybody just follow me
'Cause we need a little controversy,
'Cause it feels so empty without me

[Verse 2]
Little hellions kids feeling rebellious
embarrassed, their parents still listen to Elvis
they start feeling like prisoners, helpless,
'til someone comes along on a mission and yells "bitch"
A visionary, vision is scary, could start a revolution, polluting the air waves a rebel
so just let me revel and bask, in the fact that I got everyone kissing my ass
and it's a disaster such a catastrophe for you to see so damn much of my ass you ask for me?
Well I'm back [batman sound]
fix your bent antennae tune it in and then I'm gonna
enter in and up under your skin like a splinter
The center of attention back for the winter
I'm interesting, the best thing since wrestling
Infesting in your kids ears and nesting
Testing "Attention Please"
feel the tension soon as someone mentions me
here's my 10 cents my 2 cents is free
A nuisance, who sent, you sent for me?

[Verse 3]
A tisk-it a task-it, I'll go tit for tat with anybody who's talking this shit, that shit.
Chris Kirkpatrick you can get your ass kicked
worse than them little Limp Bizkit bastards, and Moby
you can get stomped by Obie, you 36 year old bald headed fag blow me
You don't know me, you're too old let go it's over, nobody listens to techno
Now let's go, just give me the signal I'll be there with a whole list full of new insults
I've been dope, suspenseful with a pencil ever since
Prince turned himself into a symbol
But sometimes the shit just seems, everybody only wants to discuss me
So this must mean I'm disgusting, but it's just me I'm just obscene
Though I'm not the first king of controversy
I am the worst thing since Elvis Presley, to do Black Music so selfishly
and use it to get myself wealthy (Hey)
there's a concept that works
20 million other white rappers emerge
but no matter how many fish in the sea it'd be so empty without me 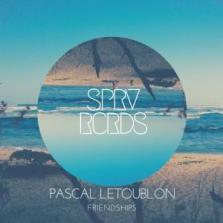